Anatolii Samoilenko from Ukraine originally studied to be a teacher. Now he is braving a fresh start in a very different place: he is completing an apprenticeship as a mechatronics engineer for refrigeration technology with ENGIE Refrigeration in Lindau. And not only that, Samoilenko suffered from a serious eye disease as well. He is facing his new challenge with a great passion for mathematics, technology and physics.

From a Ukrainian village to university

Samoilenko comes from a small village near the Black Sea and grew up with agriculture. “My father is a farmer. Even as a small boy I would help him with his work. We bred our own animals, for example,” the apprentice remembers. When he finished school, he left his native village and moved to Kryvyi Rih, a city of 650,000, in order to study physics, astronomy and information technology. However, it quickly became clear that something was wrong with Samoilenko’s eyes. His condition worsened, and within three years he was nearly blind. He was suffering from keratoconus, an eye disease during which the cornea becomes progressively more deformed.

All the more remarkable, then, that Anatolii Samoilenko nevertheless completed his degree and earned a diploma by using his sense of hearing. After university he underwent several operations in Moscow. During his time in the Russian capital he reached the decision to travel to Germany. He had always been interested in other countries, cultures and languages. “Germany was close to me in terms of mentality,” he explains. An au pair programme brought him to North Rhine-Westphalia. Subsequently he completed a voluntary social year at a clinic on Lake Constance. He also got involved with the federal volunteer service and finally began to research educational opportunities in Germany. Luckily, he chose ENGIE Refrigeration.

Training as a mechatronics engineer for refrigeration technology

Samoilenko told us with great enthusiasm that he finds the subjects he takes at vocational school very interesting: “electrical engineering, climate and refrigeration technology, for example. And I have many exciting practical duties in the company. I simply like working with my hands.” He also likes his workplace at ENGIE very much – his position in the Service International section offers plenty of variety, great colleagues and a lot of travel. He is also very grateful for the help his employer provided in obtaining a residence permit.

Today Samoilenko leads a normal life again – in spite of his illness. While his career has been anything but straightforward, he now wants stability in his future. Both in professional and personal terms he is decidedly upbeat about the future. “I want to put down roots at ENGIE and gain plenty of expertise in my field,” says the future mechatronics engineer for refrigeration technology. And he tells us he wants to start a small family with two children. Of course, there should also be time for cooking, reading and doing sports. ENGIE Refrigeration is delighted to have found an apprentice in Anatolii Samoilenko, who not only has excellent qualifications but has also gained plenty of life experience early on. 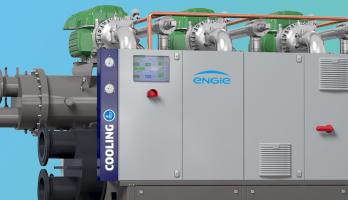 The SPECTRUM Water chiller hits the nerve of the time

There are many chillers, but SPECTRUM Water only exists once. The model is unique in its performance range – this is ensured by the sophisticated product features. What precise added value does this offer to users? 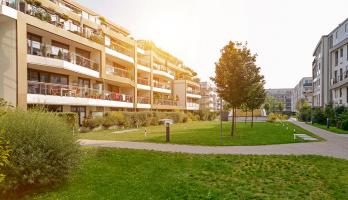 Mission: the future mastering the urban and municipal heating transition with a large heat pump

The heating transition starts in buildings. This means that cities and municipalities, with their large number of buildings, play a crucial role on the path to carbon neutrality. What’s the best way to structure the energy transition and heating transition as soon as possible and as successfully as possible? Large heat pumps such as the SPECTRUM Water and thermeco2 can make an important contribution to this endeavour 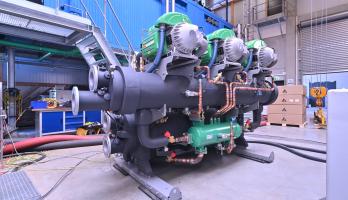 SPECTRUM Water heat pump in a complex near Bordeaux

Heat pumps instead of gas! At a state-of-the-art real-estate complex near the French metropolitan region of Bordeaux, a climate-neutral future is in the air, assisted by a new SPECTRUM Water from ENGIE Refrigeration. In our interview with Roman Steddin, the product manager explains why our heat pump is exactly the right choice for this project. 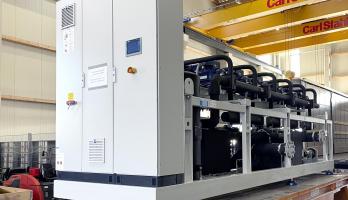 Food production is one of the most sensitive industries. In this sector, heating supply requirements are particularly exacting. What reliable solutions does ENGIE Refrigeration provide to meet these requirements? The expert Frank Glaser, a key account manager for industrial and commercial heating at ENGIE Refrigeration, explains using the Osatina Group as an example. 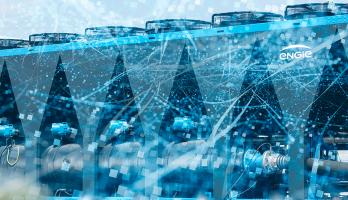 ‘The future belongs to artificial intelligence’

Beethoven could never have imagined this: artificial intelligence (AI) has now completed his ‘unfinished’ 10th symphony. AI has already been used to complete compositions by Gustav Mahler and Franz Schubert. Applications involving artificial intelligence are finding their way into more and more parts of our lives – and providing entirely new opportunities. ENGIE Refrigeration is ready for the future: we asked our expert Jörn Stiegelmeier, head of technology and development, about the smart refrigeration and heating solutions our users can look forward to. 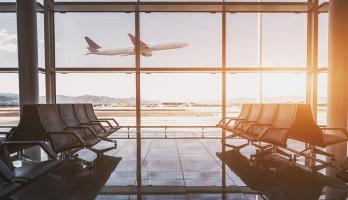 ‘Our chillers operate at airports with maximum reliability’

Airports are the hubs of our globalised world. Refrigeration technology plays a key role in ensuring that processes run smoothly and visitors feel comfortable in the terminal buildings. In this interview our expert Bernd Heine, Head of Sales Support, explains what the aviation industry requires from chillers – and the sophisticated solutions that ENGIE Refrigeration provides for this business sector. In addition, he presents the best practices we have developed in our many years of experience. 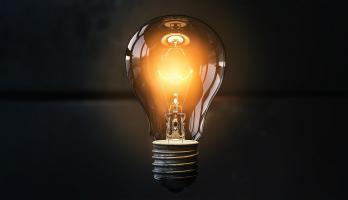 An interdisciplinary team at ENGIE Refrigeration spent about a year working hard to redevelop the water-cooled QUANTUM Water series – and managed to set a new standard on the international refrigeration market. How did employees experience this period, what were their goals, and what do they believe makes the QUANTUM Water so unique? CoolDown magazine took a closer look. 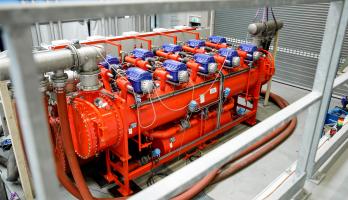 Erring on the side of caution – in the chemicals industry in particular, this is a number-one priority for many areas. One area that is highly sensitive is production. A German chemicals industry giant recently approached ENGIE Refrigeration to help fulfil its need for an industrial refrigeration system at its production site in Singapore – one characterised by absolute reliability. 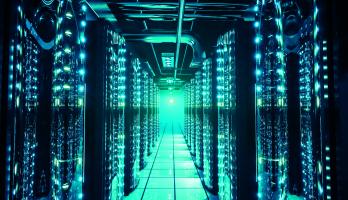 Fast cooling in the data centre

The chillers in the QUANTUM series are the ideal solution for refrigeration and supply reliability in data centres. Thanks to the innovative fast restart technology (FRS) refrigeration can resume quickly after a power outage. Learn more about it in our new magazine article. 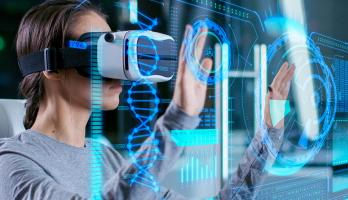 Smartglasses are increasingly being used as innovative aids in the world of work, and in refrigeration technology as well. This article describes the advantages smartglasses offer in the development of chillers and how we utilise them at ENGIE Refrigeration.